I recently returned from the annual conference of the Association for Gravestone Studies as known affectionately as “Cemetery Camp”. I will be sharing most of my photos on the Facebook page Early Gravemarkers however I wanted to say how thrilled I was to give a paper on the Farewell Cemetery Coffin Hardware Collection held at the Oshawa Museum. Titled Decorating the Dead my paper looked at the form and style of 19th century coffin hardware and its similarities to gravestone adornment and the use of coffin decorations as an indicator of social status.

Victorian gravestones function as a  visible display of commemoration and were a deeply personal choice influenced, to some extent, by economic status and the period in which the stone was carved. Perhaps just as important, but certainly less visible, are the ways in which the Victorians ornamented and personalized the coffins of the deceased. Similar in style to iconography seen on historic gravestones, the choice of coffin hardware reflects individual preference and position in society and was one way mourners could personalize a coffin for their loved one.

The Farewell Cemetery Coffin Hardware Collection, housed at the Oshawa Museum, offers a unique opportunity to study the intersection of  iconography, rituals and status in 19th century society.  The Coffin Hardware Collection was uncovered in 1992 during road expansion, when unauthorized burials were discovered in the construction path.  These burials were located outside  the perimeter of the nearby 19th century Farewell Cemetery, home to some of the earliest settlers in Oshawa, Ontario.  Archaeologists successfully re-located a total of 36 graves within the cemetery perimeter and the coffin hardware was placed at the Oshawa Museum.

Check out my page Early Gravemarkers at https://www.facebook.com/EarlyGravemarkers/ for photos from my cemetery visits in North Carolina.

Every year at Remembrance Day I think about how my family’s destiny was shaped by WW2. Much of my family lived in German speaking areas of what is now Poland

A short piece I authored responding to the fire last September at the National Museum of Brazil was included in the Canadian Museums Association magazine (December 2018). The piece features 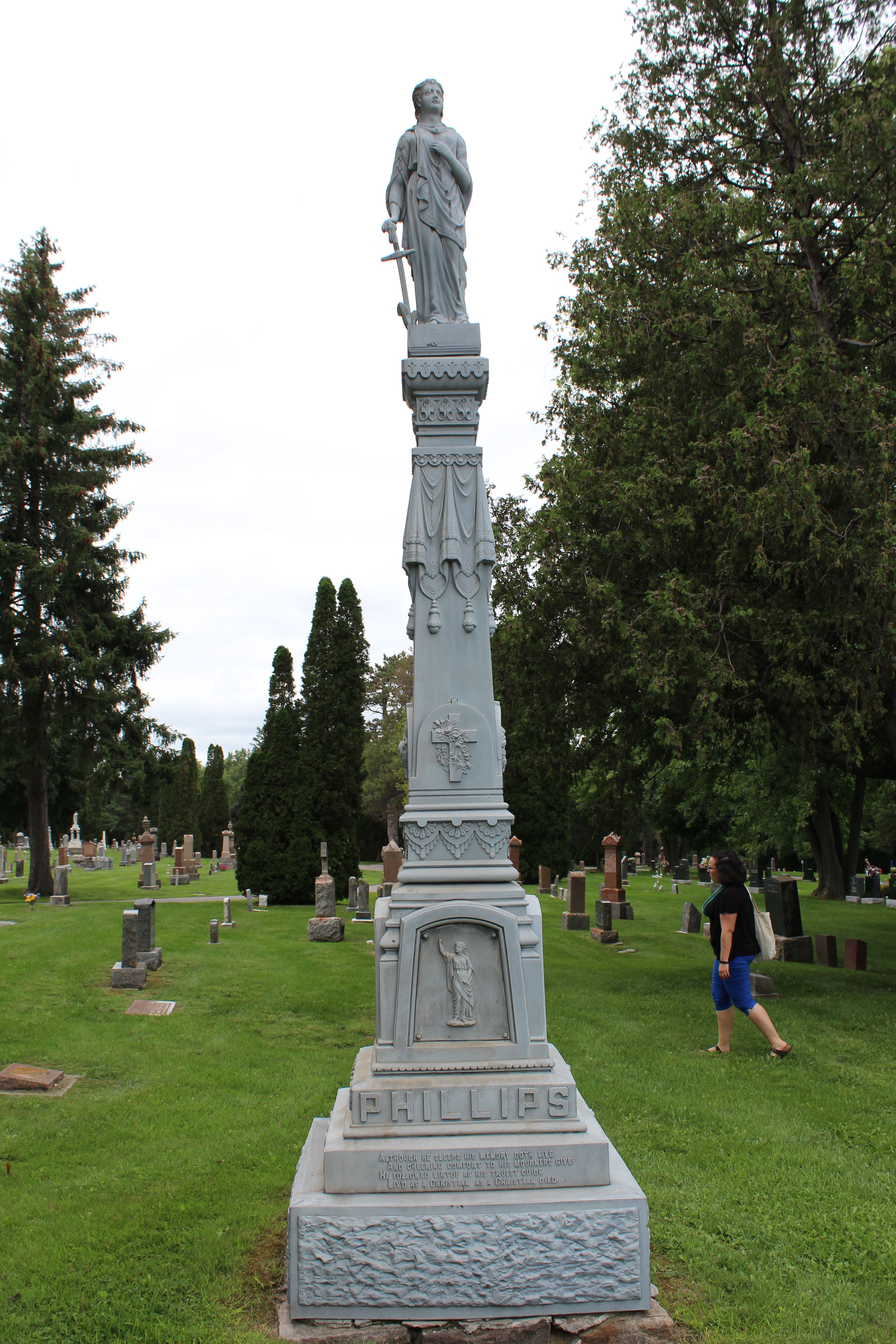 I am excited to be featured as October’s Tea & Talk speaker at the Oshawa Museum. I am highlighting the White Bronze (zinc) monuments in Union Cemetery, the history of